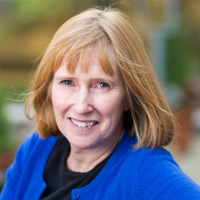 I am Professor of Clinical Psychology and Rehabilitation and Vice Dean Psychology and Systems Sciences at the Institute of Psychiatry, Psychology & Neuroscience, King’s College London. I am also editor of the Journal of Mental Health and NIHR CRN: National Speciality Co-Lead for Mental Health. My research spans the whole gamut of stages – from discovering basic psychological associations through building measures and treatments and then to testing how they are implemented in normal clinical services.

After being a post doc at the University of Sussex I joined the MRC Social Psychiatry Unit in London and then trained as a clinical psychologist and joined the Psychology Department at the Institute of Psychiatry, Psychology and Neuroscience. This was interrupted by a fellowship with the British Council to Australia and New Zealand and more recently by a Visiting Professorship at Harvard and with the National Institute of Mental Health. I was a lecturer, senior lecturer, reader and professor and then the first Vice Dean for Research.

My main focus has been on the development on novel treatments for people with a diagnosis of schizophrenia. So far I have worked on group treatment for voices, groups for improving self-esteem, treatments for dual diagnosis and cognitive remediation. This last one, cognitive remediation, has taken up most of my time as I have tried to work on improving people’s resilience and strengths to help them build their own recovery. One area to build skills is in cognition as thinking skills are the basic blocks for helping people remember, interact and concentrate on pieces of work. I discovered the link between cognition and recovery a long time ago when I was investigating the effects of closing a large hospital, Netherne. I found that those people who had poorer skills in choosing simple responses had a poorer recovery six years later. I thought by changing these skills we could improve their life chances. At that time people thought that it was unlikely that cognition could be changed as it was part of the disorder. But then no-one had actually tried. We have now developed this therapy through the support of the BRC, the MRC and NIHR grants and are just launching a national programme to investigate how we can implement it into Early Intervention services.

My research has always covered issues relevant to service users and in 2000 I started an organisation called the Service User Research Enterprise (SURE) that employs people who have personal experience of using mental health services. This has been a real learning curve for me as I begin to understand research from a service user perspective. We have been very successful in pioneering new methods, new measures and new types of studies to understand how to provide mental health services and research which is more clinically relevant.

2015 Awarded a damehood for services to Clinical Psychology

In our patient and carer involvement theme we have set up an Advisory group – our SUAG who provide really important feedback and criticism for the work of the whole BRC/U. We have been keen on providing South London and Maudsley NHS Trust (SLaM) service users with simple ways of understanding opportunities for research, such as our consent for contact programme (C4C).

We have also developed with SLaM a patient portal so they can add information into their notes and also monitor their own mental and physical health. This is called myhealthlocker and we have been investigating how service user access the system and how they would like the portal to change to meet their needs. We have built up a training and support programme for people who are less confident in using a computer and are now doing research on how service users would like to see their own data to ease their understanding of changes to the system.

I have been developing some new measures to add to myhealthlocker together with service users. The main one is a self-report measure of the side effects of medication now called the Maudsley Side Effects Measure. This was built with service users at every step so that we have a measure that will give them the information they want. We have also introduced a new aspect of the measure – the life impact. Our research has also shown that the side effects that service users think are important differ from the ones closely monitored by their clinician. We have also recently finished some research where we asked service users to trade off different side effects so we know which are the most important. This information can now be used by drug developers so they can try to avoid the side effects which cause the most problems.

We will be continuing to investigate how new technology such as smart phones can help or hinder recovery so we can build them into NHS services to help support mental health care. 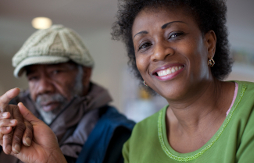 Patient and carer perspectives inform the entire research portfolio of the BRC, so we can focus on developing inventions and interventions which are valued, useful, and efficient.
READ MORE

Take part in our research

We conduct a large number of clinical trials which test new treatments or approaches to see whether they are effective. Find out more about how you can participate in research and what it involves.
READ MORE