One of the major achievements of the NIHR Maudsley Biomedical Research Centre has been the assembly of very large volumes of information on routine mental healthcare through the CRIS system. This information is securely anonymised and we have pioneered a data security and governance framework which puts service users at its centre, and which is now being adopted by other NHS Trusts and academic partners in the UK.

The information we can gather from health records is breaking new ground in research. The traditional research project has either involved interviews or examinations – providing a lot of detail on relatively small numbers of people – or use of regional or national databases, which typically contain very large numbers of people, but relatively little information on each person. Now that most healthcare is recorded electronically rather than on paper, information is theoretically present not only on very large numbers of records, but also at an unprecedented level of detail.

The challenge has been that a lot of the detail in the health record is inaccessible because it exists in text format – for example, in case notes recorded on ward rounds or outpatient clinics, or in correspondence exchanged with GPs. The value of a health records database to researchers is being able to look at what happens to people with particular disorders, what the course of their illness is like, what treatments they receive, how they respond to these, who gets better, who gets side effects, and how we might be able to predict these events. 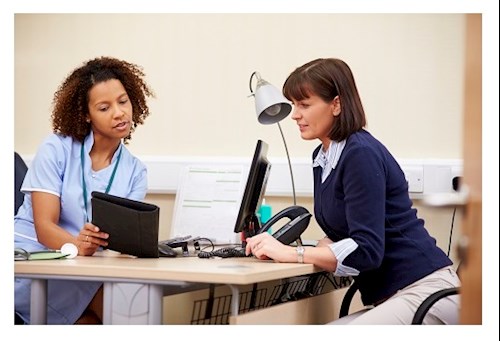 Up to now, healthcare databases have provided very limited information to shed light on these issues – so, they might describe someone’s age and gender, their service contacts and any diagnoses they have received, but they provide little or nothing on the symptoms people are suffering from, their circumstances and stressors, the treatments they received, or how they were feeling after receiving these. All of this information is contained in the record, but generally as text in correspondence and case notes, which formerly made it impossible to search and analyse using a database.

At the NIHR Maudsley Biomedical Research Centre we have been transforming the availability of information from text using a range of techniques called ‘natural language processing’. These simply involve training a computer program to be able to pick up a particular fact from case notes – for example, a treatment received or a side effect experienced. This in turn means that a lot more detail is available in the database, which allows new and important questions to be investigated in ways which were not previously possible.

As an example of this, our recent publication in the journal BMJ Open describes 2-3 years’ work building up a comprehensive picture of the symptoms experienced by a sample of people, as recorded in their case notes. The initial focus was on people with severe mental illnesses such as schizophrenia and bipolar disorder.  The 46 symptoms ascertained included so-called ‘positive’ symptoms such as hallucinations, delusions, and agitation; ‘negative’ symptoms such as emotional withdrawal, apathy, and reduced speech; manic symptoms such as elevated mood, pressured speech, and sleep disturbance; as well as symptoms describing the disorders of thinking and of physical function which can occur in severe mental illnesses.

This “portfolio” of symptoms which can be automatically detected and analysed by CRIS has recently expanded with the addition of 15 common symptoms of depression.  This means that CRIS is now by far the largest and most detailed body of information on mental health treatments and outcomes in the UK, and possibly the world.

The new information on symptom profiles is already being used to investigate a range of important questions: for example, understanding who is most at risk of physical health complications, how routine treatments are allocated, and whether there is a better way to predict and prevent mental health crises. We are also investigating ways in which these programs can be made more widely available to improve information quality across other mental health Trusts and the NHS as a whole.

Ultimately, the technologies we have developed could be extended across the spectrum of mental and physical health symptoms, unlocking an enormous quantity of high-quality research information which is currently inaccessible within electronic health records.  Research in this field is entering a new era, and we are proud that with CRIS we are at the vanguard of the “big data” revolution in mental health.