Close monitoring essential to ensure safety of ketamine for depression 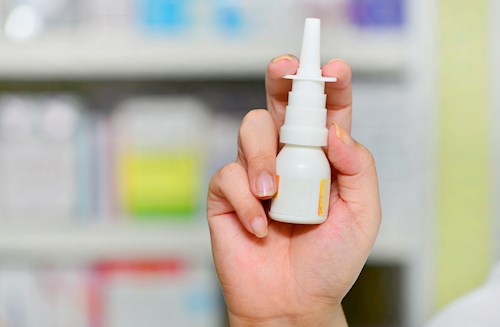 Patients, carers and advocates say better evidence is needed on the safety of ketamine for depression after long-term use, and that those prescribed it must be closely monitored.

Previous studies have shown ketamine to have a rapid and robust antidepressant effect in people with treatment-resistant depression, but despite doctors being legally allowed to prescribe it, there is relatively little information on the consequences of repeated and long-term use. Media interest in the drug has led to an increase in patients asking for it to treat their depression, so there is a pressing need for a better understanding of its effects, and for protocols around prescription.

The study explored attitudes among four groups: people considering ketamine as an antidepressant, people who have already used ketamine for depression, people with experience of illegal drug use and addiction, and patient advocates and carers. 44 people took part in 21 focus groups, and an online survey captured the views of patients, carers and advocates during a consultation day.

The majority (63 per cent) of participants felt careful monitoring of people using ketamine was required, both to gather evidence on effectiveness and side-effects, and to ensure safe use and administration. Most participants felt that the best system was to administer ketamine in a clinic on the first few occasions, then allow it to be taken at home to self-administer. However, there were mixed views across the group which require further investigation. Some had concerns about the risks of home administration, as well as about the lack of understanding of the drug among health professionals, and the stigma of ketamine as a party drug. Some participants were concerned about their ability to drive, work or care for their children responsibly after ketamine use, while others felt more information is needed about what experiences are normal or not when taking the drug. On the whole, however, those consulted felt the potential benefits outweighed the risks.

Lead author Dr Sagar Jilka, Research Associate at the NIHR Maudsley BRC, said: ‘It is vital that we listen to the views and concerns of people who may consider ketamine for their depression. A great deal of careful thought is needed before we roll out its use on a large scale - patients want to know what they are taking is safe. They want to have confidence in the people prescribing it and in the research behind it. They want to be informed about what to expect and how to manage side-effects and avoid dependency, and this information needs to be easily accessible and available to them’.

Joint senior author Professor Dame Til Wykes, who leads our work on patient and carer involvement and engagement, said: ‘Only a third of people with major depressive disorder achieve remission so there is an urgent need to find new and more effective treatments. But we also need to be sure we are keeping people safe and so we need to keep service users in the conversation in order to provide the best way to implement any new treatments.’

Joint senior author of the study and spokesperson for the Royal College of Psychiatrists, Professor Rupert McShane of Oxford Health BRC added: ‘Most participants thought that patients should provide information about their use of ketamine and their mood in order to be prescribed ketamine. They also felt that health information is too often not shared. Monitoring systems need to be joined up and not separate from clinical care’.

The publication of the paper comes after Professor Rupert McShane’s blog published on Friday 25 July in the BMJ, in which he called for a monitoring system for both ketamine and esketamine. On 13 July, the Guardian reported that Ketamine could be licensed for depression in the UK within a year and cited Professor Allan Young, who leads our work on therapeutics, as saying the drug could “offer new hope” for “the substantial proportion of patients who do not respond to conventional drugs”.

Tags: Therapeutics - Affective disorders and their interface with medicine - Patient and Carer Involvement and Engagement -