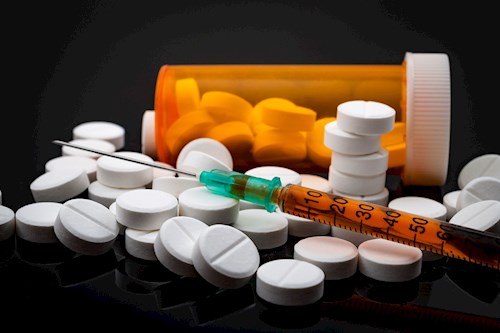 Policymakers urgently need to recognise rising opioid-related deaths in the UK as a public health crisis, according to Professor Sir John Strang, who leads the NIHR Maudsley BRC’s work on substance use, working with other BRC researchers.

Writing in The Lancet Psychiatry, they argue that: “Current policies and strategies are failing, and government and public health officials should announce a public health crisis that should motivate a change in direction and unlock crucial resources.”

In the US, an early driver of increasing opioid-related deaths is the well-documented epidemic of prescription opioid use across the country. However the US now has three overlapping epidemics – the original longwave epidemic of prescription opioids (over at least the last 15 years), followed by a more recent epidemic of heroin use (particularly over the last 5 years), and most recently of illicitly sourced fentanyl and its analogues (an extreme epidemic over the last couple of years).  By contrast, the increase in opioid-related deaths in the UK seems mainly to derive from the use of heroin, despite reduced prevalence of heroin use.

The researchers list a range of other possible explanations for the rise in England and Scotland, including: “an ageing cohort of opioid users with multiple comorbidities and complex needs; austerity-related exacerbation of social and health inequalities; a shift to recovery-centred drug treatment policy, with time-limited and drug-free treatment targets; disinvestment, devolution, and frequent re-procurement of drug treatment provision in England; and suboptimal dose and duration of opioid agonist treatment.”

They draw comparisons with deaths caused by other chronic diseases, arguing: “It is difficult to imagine that an analogous rise in deaths from another chronic disease, such as cystic fibrosis or schizophrenia, would not lead to a call for greater action.”

Professor Strang told The Sunday Times: “In other countries, including the US and Canada in particular, concern about the rising toll of opioid overdose deaths is receiving the highest level of political and public attention. This is what is required in the UK.”

This was followed by an opinion piece in The Times, authored by Professor Strang, describing the urgent need for "a complete rethink of drug strategy to focus on reducing the harm to individuals and society".

Professor Sir John Strang is one of the authors of the book ‘Drug Policy & the Public Good’ (OUP, 2018)


Tags: Substance use and harms -