Who are the NIHR? #WeAreNIHR

A new video has been released to explain who the NIHR is and what it does. The video, which is less than one minute long, describes the NIHR ‘in a nutshell’ and features people from across the NIHR who are working towards improving the health and wealth of the nation through research. 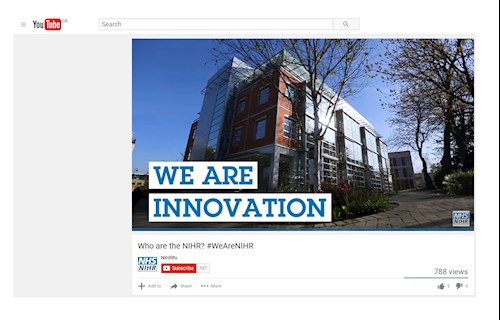 The film showcases activities from across the NIHR, including facilities and researchers from the Maudsley Biomedical Research Centre.

The NIHR is asking all those funded by, supported by, working for and working with the NIHR to watch and share the video, which is available to view on NIHR’s YouTube channel NIHR TV and across the NIHR’s social media channels.

You can watch the video here. Share on social media using #WeAreNIHR.