On Friday 18 November, the NIHR Maudsley Biomedical Research Centre (BRC) opened its doors to young people from our local area and further afield as part of 2016 Takeover Challenge.

Takeover Challenge is a national project led by the UK Children's Commissioner, which puts children and young people in decision-making positions and encourages organisations and businesses to hear their views. 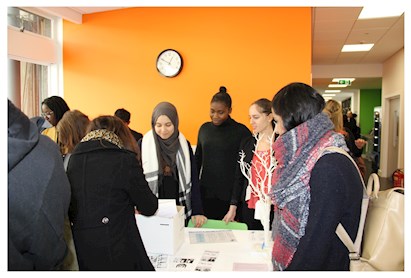 Members of the NIHR Maudsley BRC Young People’s Advisory Group and NIHR Maudsley BRC youth award winners aged between 16 and 21 designed and organised a unique event for the day, including recording interviews with leading researchers and activities raising awareness of mental health issues including stigma and unconscious bias.  A twitter takeover showcased the day's activities and events.

The panel spoke frankly and passionately to a packed room of researchers, mental health workers and students.  The discussion covered a wide range of topics, including the unique pressures faced by young people today, the differences between girls’ and boys’ mental health, and how mental health services for young people could be improved.

The Takeover Challenge group also judged and presented prizes for a poster competition, with posters submitted by researchers from across IoPPN covering research relevant to children and young people. 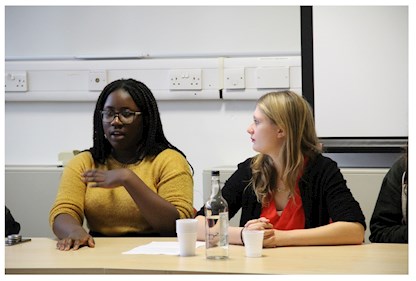 Billy Gazard, a researcher from IoPPN who helped to coordinate the Takeover Challenge, adds, “There’s never been a greater need to build bridges between young people – who, as our panellists pointed out, often feel marginalised and ignored – and adults.  The programme of events designed and carried out by our Takeover Challenge participants was a fantastic reminder of how much young people have to offer, and how much we can learn when we have an opportunity to talk about mental health frankly and openly.”