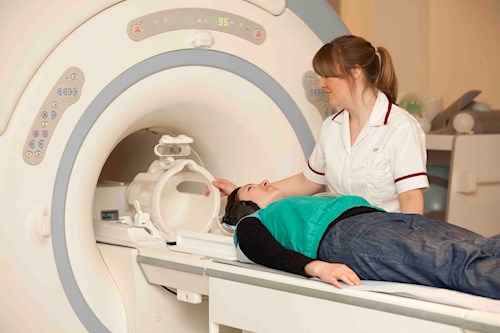 New research could allow people in remission from major depressive disorder to predict whether they are likely to have another episode of depression in future.

The study, conducted by researchers from the NIHR Maudsley Biomedical Research Centre (BRC), King’s College London and The University of Manchester, used Functional magnetic resonance imaging (fMRI) brain scans to look for unusual connections in the brains of 64 people in remission from major depressive disorder.

During the scans, the participants were asked to imagine acting badly towards their best friends, resulting in feelings of guilt and self-blame. Over the following 14 months, they were seen regularly and monitored for symptoms. At the end of the study, around 6 out of 10 patients remained in remission, while the remainder experienced a relapse of their depression.

In the fMRI scans of those who went on to relapse, two parts of the brain that have been previously linked to guilt – the anterior temporal lobe and the subgenual region – were more highly connected.  People who remained in remission over the following year did not have this increased interconnectedness.

Using this information, the researchers were able to accurately predict who would go on to have another depressive episode and who would remain in remission in three quarters (75%) of cases. For a quarter (25%) of patients, the prediction failed.

Dr Roland Zahn, lead researcher based at the Institute of Psychiatry, Psychology & Neuroscience (IoPPN), King's College London, said: “This is the first study to show that fMRI can be used to make predictions about who will develop depression in the future, once they’ve recovered from a previous episode. These findings could mean that fMRI could help doctors make better decisions about who should continue their antidepressants and who should stop them.”

“Before this approach can be rolled out and used in the clinic, we need to test it out in an independent group of patients and improve it, so that its accuracy reaches 80 per cent. If future studies can reach this mark, then this approach will be vitally important as there are currently no accurate ways to predict those who will have a recurrence following recovery.”

The research is published in the scientific journal JAMA Psychiatry.