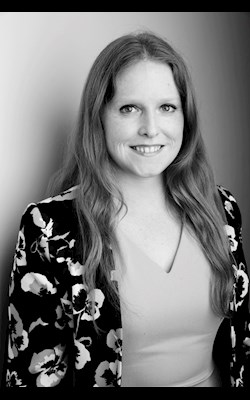 Our team from across King’s College London and the NIHR Maudsley BRC have created a new research database called the eLIXIR Programme with funding by the Medical Research Council (MRC) from 2017.

We created the eLIXIR programme to reduce the risk of health problems in mothers and children by linking maternity, neonatal (meaning newborns) and mental health clinical data across King’s Health Partners.  This is important as both a mother’s physical and mental wellbeing during pregnancy and the postpartum period is strongly associated with health outcomes for children throughout their life.

This is unique as it uses linkage of clinical data, which is the joining of two or more independent databases that share a variable at an individual record level. For example, someone’s GP record and their hospital record will share a unique ‘NHS number’, and this has not been performed at this size in the UK for life course research.

This method allows our team to look at information from lots of mothers, babies, and children and analyse interactions between physical and mental health from the earliest stages of life. The early findings from the eLIXIR have been published in BMJ Open and show 10,207 women accessed antenatal care through Guys and St Thomas’ NHS Foundation Trust (GSTT) or King’s College Hospital (KCH) maternity services in a 10 month period (October 2018-June 2019).

Data from eLIXIR can tell us about the ethnicity of people accessing our services, for example these women were born in more than 170 countries which highlights the ethically and socially diverse population in South London which the King’s Health Partners’ Trusts serve.

Another key aspect of the eLIXIR Programme is the incorporation of clinical mental health data from South London and Maudsley NHS Trust. At the time of these early findings, over 10% of women had a clinical record at SLaM with 307 women actively being treated at the time of pregnancy. As the size of the eLIXIR Programme grows over time, we have the potential to create one of the largest databases of pregnant women with perinatal mental health disorders.

Additionally, the eLIXIR Programme also incorporates a Research Tissue Bank. The eLIXIR biobank links routinely collected maternal and newborn healthcare data with biological samples. From this, we can identify population trends and influences of new healthcare treatments or interventions to better understand of newborn illness, such as jaundice.

“This is a very exciting development with enormous potential to track the early life origins of disease in our South London population, and to develop effective strategies for prevention.”

In future and as our database develops, we hope to expand to incorporate other aspects of health and social care data including primary care and education.