The Care Home Research Network (CHRN) held its annual meeting on 19 May 2017, attended by over 60 members of the Network and researchers from the field.

The CHRN is a network of over 200 care homes in London and southeast England which aims to improve the quality of life of people with dementia.  Convened by the NIHR Maudsley Biomedical Research Centre (BRC) at King’s College London, it provides an opportunity for care home workers and researchers to exchange ideas, share best practice, and to shape scientific research.

The conference featured updates from researchers working on projects which have been prompted by the CHRN, and discussions of wider research issues. 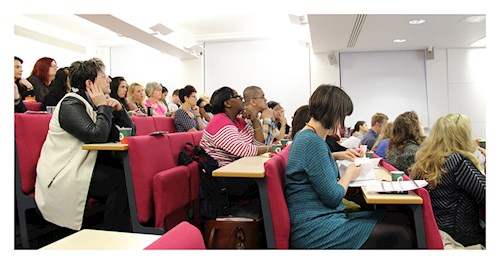 and programme manager in dementia research at King’s College London, was the chair of the meeting.  She presented examples of innovative ways that care homes are engaging in research, both in Norway and UK.  She also introduced a new idea – the “Book of treasure” – which will provide a means for care homes to share examples of innovative clinical practice, and will be developed over the next 12 months and beyond.

Professor Dag Aarsland, Head of the Department of Old Age Psychiatry at King’s College London, who leads the NIHR Maudsley BRC’s dementia theme, provided an update on drug trials in dementia to open the meeting.

“The 2017 Care Home Research Network Conference was a great success, and we’re delighted how many of our members were able to attend,” says Dr Testad. “One of the meeting attendees told us that it was the most useful event they had been to in many years, and it’s clear that there is a huge amount of enthusiasm for research among the members of our group. We’re already looking forward to next year’s meeting and seeing how our research develops over the next 12 months.”

If you are interested in joining or finding out more about the Care Home Research Network, contact carehomeresearchnetwork@kcl.ac.uk.