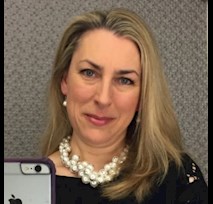 A blog by Dr Simone Reinders, Senior Research Associate at the Institute of Psychiatry, Psychology & Neuroscience, King's College London, following the publication of her editorial in The British Journal of Psychiatry.

She has studied Dissociative identity disorder (DID) for over a decade. Simone tweets from @AATSReinders

Dissociative identity disorder (DID), previously known as “multiple personality disorder”, is thought of as a controversial psychiatric diagnosis.  It is a disorder that fires your imagination and has been the topic of many books, series and movies – for example “Dr Jekyll and Mr. Hyde”, Smeagol/Gollum in “Lord of the Rings”, “United States of Tara”, and the films  “Primal fear,” “Psycho,” “Fight Club,” and “Split”. Sadly, sometimes these do the disorder more harm than good.

The controversy with DID finds its roots in the debate regarding the cause or set of causes of the psychiatric disorder.

Observations from health workers indicate a trauma-related aetiology for dissociative identities, but the information found in both undergraduate and graduate textbooks about trauma and dissociation is often inadequate or simply wrong. What’s more, subconscious protective mechanisms can take over and cause people to deny the reality of child abuse (in a similar way as denying racism, the Holocaust, or global warming). This can facilitate the belief that DID is a factitious disorder.

Additionally, symptom overlap with other psychiatric disorders, such as psychosis or borderline personality disorder, feeds into the reluctance of considering a diagnosis of DID.

All of these factors together lead to both under- and misdiagnosis of the disorder, hampering effective treatment. This leads to years of misdirected treatment and results in prolonged personal suffering and high direct and indirect societal costs. For example, on average, someone seeking treatment for symptoms receives four incorrect diagnoses, inadequate treatment, and has several hospitalizations and as a result can spend many years in mental health services.

Due to these barriers people with DID face, it has been important to address this controversy through objective measurements, such as brain imaging. 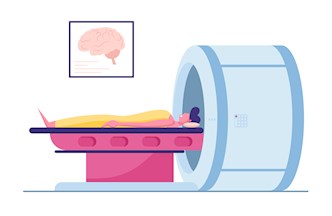 Independent brain functioning studies in people with DID have shown that the brain activates differently in response to personalized trauma-related or to subliminally perceived angry faces in different dissociative identity states. Importantly, this reaction could not be mimicked by control subjects, rejecting the idea that DID is a factitious disorder.

The hippocampus study also showed that DID and PTSD are closely related when childhood traumatization is involved supporting the notion that DID is a severe form of PTSD. These findings act as objective and scientific support for the trauma-related aetiology of DID.

Brain imaging can also be useful for diagnosing DID using ‘pattern recognition techniques’ – these are mathematical procedures that focus on the automatic discovery of regularities and relations in data – a first study has shown. Future studies are needed to make sure that brain scans are being used effectively in healthcare, but these data-driven methodologies hold great promise for the future.

Moving DID out of the shadows of psychiatric disorders and using novel brain imaging techniques will help many patients by allowing them to be diagnosed more accurately and hopefully much sooner. This will then allow for faster and more targeted treatments and prevent unnecessary direct and indirect societal costs. Most importantly, it will prevent years of suffering for people with DID.

Read her editorial: Dissociative identity disorder: out of the shadows at last?

Tags: Affective disorders and their interface with medicine -