Dan Lewer is an NIHR Doctoral Research Fellow at University College London. He tweets from @DanLewer. 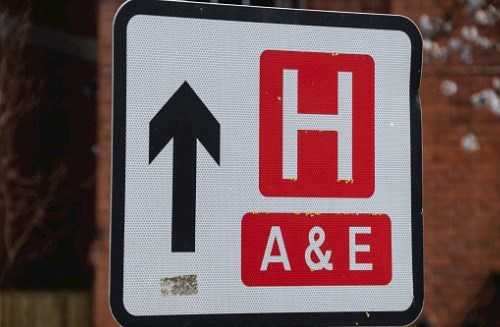 I became interested in the health of people who use heroin while working at Public Health England. Staff at hospitals in South London said they were seeing more people who inject drugs coming to A&E with bacterial infections.

Many of these cases were serious. Patients had complicated and sometimes life-threatening infections, sometimes in their bones, joints or heart, and some had recurrent antibiotic-resistant infections (like MRSA).

They should have been picked up and treated much earlier. It was a clear indication of poor access to health services.

I’ve since had the opportunity to research the health of this group using data accessed via the Clinical Record Interactive Search (CRIS). This resource allows researchers to analyse anonymous records of patients who have been treated at South London and Maudsley NHS Foundation Trust.

The Trust provides community drug treatment, meaning we can look at the health of people who use heroin and have accessed this service. This is a rare chance to go beyond some of the headlines about drug-related deaths and look at the wider health in this group.

But the striking results were the even greater risks related to diseases of the cardiovascular, respiratory and digestive systems, and cancers. Most of the excess deaths were due to these long-term physical health conditions.

For the general population, these are the ‘big-ticket items’ where the NHS spends most of its resources. But for people who use heroin, these are neglected conditions, often undiagnosed and untreated, even though they cause the most deaths and suffering.

The data obtained using CRIS allows us to create large and powerful studies into the health of specific patient groups. It also allows us to consider health in holistic terms – not just the niche diseases like viral hepatitis.

Hopefully these results will help the NHS think about better healthcare for people who use drugs in terms of long-term physical health problems as well as infections and overdoses.

This 'treemap' of deaths in a cohort of 6,683 people who use heroin in South London, with an average of 9 years of follow-up. The size of the box represents the number of deaths, while the shading represents the risk ratio compared to the general population. On the ‘log SMR’ scale, 0 relates to the same risk as the general population, 1 relates to approximately 3x the risk, 2 to 7x the risk, 3 to 20x the risk and 4 to 55x the risk. 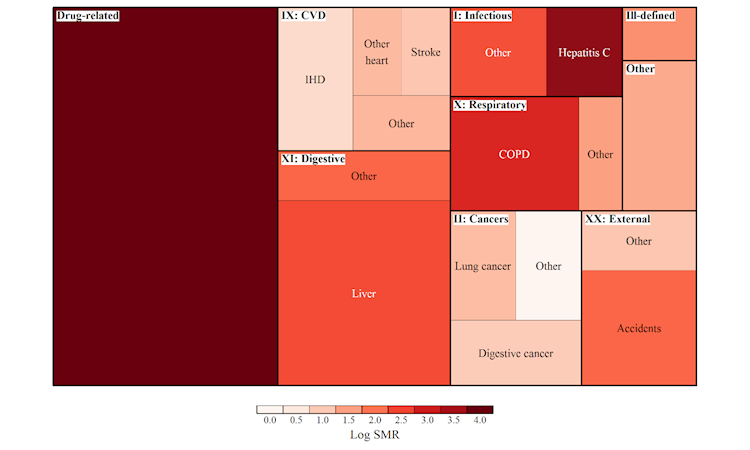