Teenagers who receive a depression diagnosis during their school career show a substantial decline in attainment in Year 11, new King’s College London research has found.

The researchers, funded by the NIHR, carried out a historical, longitudinal cohort study linking data from health and education records.

They made use of an innovative data resource held at South London and Maudsley NHS Foundation Trust, which links together child mental healthcare records and the Department for Education school records. From this they identified the primary and secondary educational attainment of young people who received a clinical depression diagnosis under the age of 18.

In their sample of 1,492 children and adolescents the median age at depression diagnosis was 15 years. The researchers compared attainment  in this sample against a local group of pupils in Year 2, Year 6 and Year 11.

However, only 45 per cent met the expected threshold of five A*–C GCSE or equivalent grades (including English and maths) in Year 11, much lower than the proportion meeting this threshold in the local reference population (53 per cent), and also in national estimates (53 per cent). 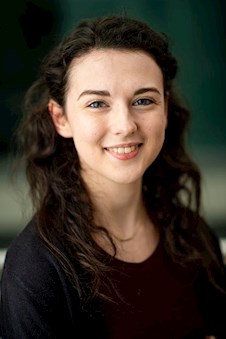 “Previous research has found that, in general, depression in childhood is linked to lower school performance. But what we’ve observed is that a group of children and adolescents who developed depression at secondary school had performed quite well when they were in primary school.

It is only when they sat their GCSEs that they tended to show a drop in their school performance, which also happened to be around the time that many of them were diagnosed. This pattern appears to be quite consistent across different genders, ethnicities, and socioeconomic groups.”

“While it’s important to emphasise that this won’t be the case for all teenagers with depression , it does mean that many  may find themselves at a disadvantage for this pivotal educational milestone. It highlights the need  to pay close attention to teenagers who are showing early signs of depression.

For example, by offering them extra educational support in the lead up to their GCSEs, and working with them to develop a plan for completing their compulsory education.”

“The majority of young people with emotional disorders, such as depression, do not receive treatment from mental health professionals, and so this study has two important policy implications: it demonstrates just how powerful depression can be in reducing young people’s chances at fulfilling their potential, and provides a strong justification for how mental health and educational services need to work to detect and support young people prior to critical academic milestones.”

“It also highlights the importance of secure data-sharing partnerships between health and educational organisations, without which we would not be able conduct these important studies and also conduct future work testing whether changes in health and education policies improve young people’s lives.”

The findings have been published today in The British Journal of Psychiatry (BJPsych).

To arrange interviews with the authors please contact the Communications team at NIHR Maudsley BRC: