CRIS Blog: Are we under-estimating self-harm rates due to differences in hospital admittance procedures?

Kate Polling is a Wellcome Doctoral Research Fellow at King’s College London, she tweets from @katepolling.

There has been a lot of attention focused on self-harm recently, with concerns that it may be becoming more common, especially in young people. However, it remains a tricky thing to measure. Representative research surveys of populations don’t happen very often and even the biggest can’t easily interview enough people to produce data about specific local areas.

This means that public health departments trying to understand health in their local area tend to rely on data that has been routinely collected by health services. The only reliable nationwide source of this data comes from Hospital Episode Statistics (HES) on who has been admitted to general hospitals. Our recent study has found this data may underestimate the rates of self-harm in some of the most deprived areas of South London.

At the NIHR Maudsley BRC we have HES data for the areas served by the South London and Maudsley NHS Foundation Trust, linked to our research database, the Clinical Record Interactive Search (CRIS). This means we have been able to identify all the people coming to the Emergency Departments of four South East London hospitals following self-harm, which includes self-injury and self-poisoning. The link to HES lets us see which of these attendances resulted in admission and so would be included in routine data on self-harm. 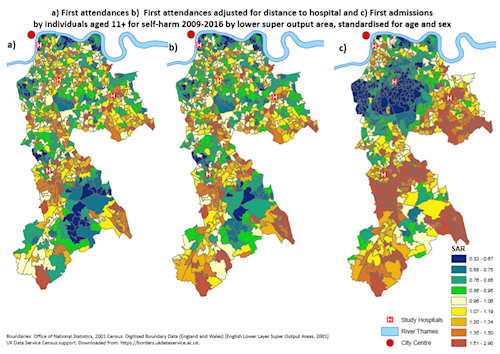 When we compared hospitals, we found there were big differences in the likelihood of admission for someone attending the Emergency Department following self-harm. The hospital that admitted most often did so two and a half times more often than the one that admitted least often.

We took into account the age, sex and ethnicity of the people attending, how deprived the area the hospital served was and the type of self-harm, none of which explained the differences we saw. We also looked at how long people stayed in hospital: hospitals that admitted more had more admissions that lasted less than 24 hours. This suggests to us that differences are not caused by some hospitals seeing more severe cases but rather by differences in hospital policies like thresholds for admission.

These differences are important to know about because they mean that when we use self-harm admissions data to compare rates of self-harm in populations, some of the differences we see might be due to differences in hospital practice.

If local public health departments rely on admissions data, they will underestimate the need for services to prevent and treat self-harm in these areas. We know these are areas with high levels of deprivation and large ethnic minority communities. Underestimating their rates of self-harm risks failing to identify need in already disadvantaged populations.

We think use of linked clinical datasets like CRIS could help create better data to inform public health decision making about self-harm and make sure we don’t miss populations in need of support. 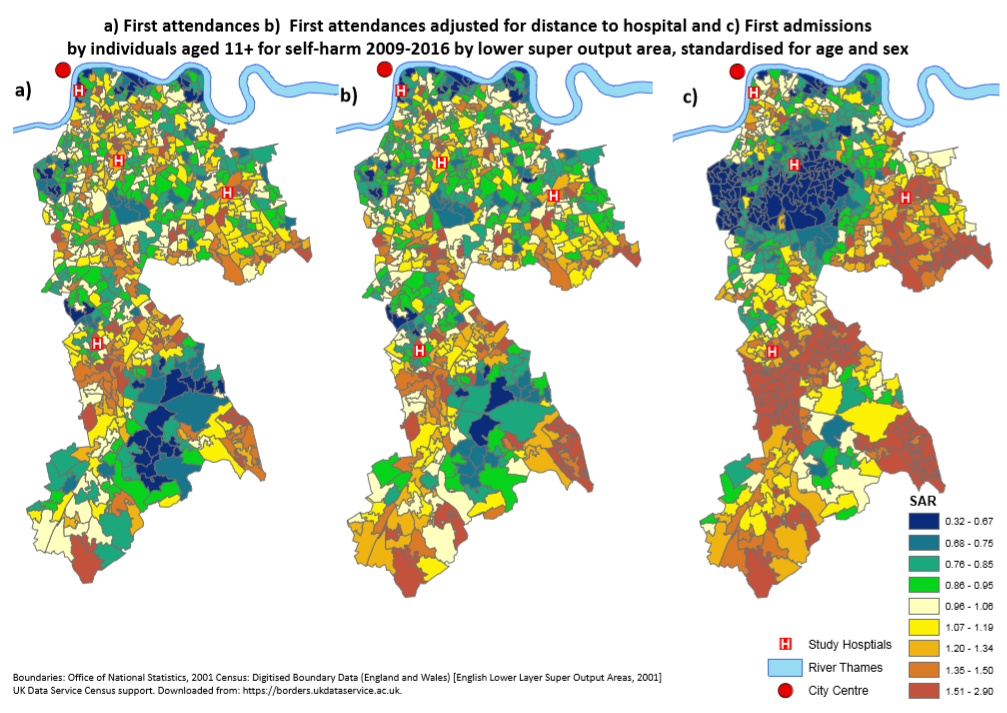