CRIS Blog: Pathfinders and the public 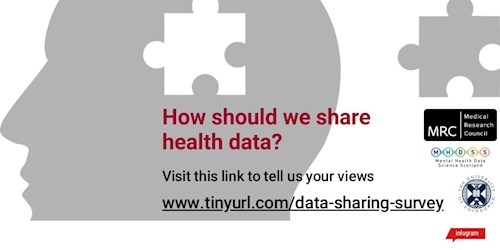 There’s a lot of talk nowadays about how well-placed the UK is to be world-leading in healthcare informatics. This is partly because of the NHS as an infrastructure, partly because of the progress that has been made in many areas of digital health, including electronic health records which are now near-universal. At times like these it’s nice to know that the UK is doing something right, and we're very proud of our own contributions through 10 years of CRIS at the Maudsley.

In March last year, a number of universities received funding to help enhance national data on mental health – from community studies to health records, from genetics to social science. These Medical Research Council (MRC) Mental Health Data Pathfinder awards run for two years and have provided an excellent opportunity for research groups to collaborate rather than compete. Our own Pathfinder award at King’s builds naturally on previous achievements in the form of four projects:

All of these projects involve a lot of input from mental healthcare service users and the wider public, either in the way they are being developed, or building on existing initiatives (e.g. the specific group who consider and advise on database linkages involving CRIS). Healthcare 'data science' has in general been blessed with a lot of patient and public support, and this has been our experience over the last 10 years with CRIS. However, the use of very private information on health for research, even when highly anonymised, will always need careful scrutiny and has to be ahead of the game in expectations of privacy, security and good practice.

With this in mind, we are very pleased to support an initiative by our Pathfinder colleagues at the University of Edinburgh who are finding out how people view the sharing of health information. If you are aged 16+ and have used the NHS, please consider taking their 10-minute survey.

Robert Stewart is Professor of Psychiatric Epidemiology and Clinical Informatics at the Institute of Psychiatry, Psychology and Neuroscience and academic lead for CRIS at the NIHR Maudsley Biomedical Research Centre (BRC).