New research led by King’s College London has found that measuring levels of inflammation and stress-response in the blood may provide useful information to show which patients with depression will or will not respond to treatment with antidepressants.

In addition, these findings could potentially help towards developing personalised treatments for depression that involve the use of anti-inflammatories.

Published in Translational Psychiatry, the study examined the blood from 130 patients with major depressive disorder (MDD) and 40 healthy controls to understand how gene expression - the process which signals the production of new molecules - could be used to distinguish those patients with treatment-resistant depression (TRD) from those who are responsive to medication. The participants were recruited as part of the Biomarkers in Depression (BIODEP) Study.

Depression in the UK

About 1 in 5 people suffer from depression in the UK and up to one third of these are considered resistant to treatment, which means that medication has no measurable effect and they have fewer options for managing their depression. 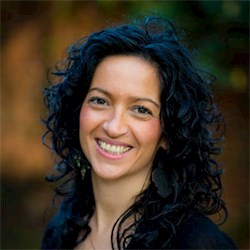 "While there is overwhelming evidence of increased inflammation in depression it is still unclear how exactly this occurs and what it looks like at the level of chemistry within the body.

In this study we show for the first time that it is possible to distinguish patients with depression who do not respond to medication from those who are responding to the antidepressant medication, based on the levels of well-known measures of inflammation and the presence of molecular mechanisms that put this inflammation into action. This could potentially provide a means to assess which treatment options may be more beneficial from the outset."

The researchers observed notably stronger molecular signs of inflammation and stress in both the patients who were not responding to antidepressant treatment and patients who were medication-free, compared with patients with depression who were responsive to medication and healthy controls. These findings support the growing evidence that patients that do not respond to antidepressants or have untreated depression have heightened inflammation compared with controls.

Previous research has shown that high levels of  C-reactive protein (CRP) in the blood indicate some degree of inflammation in the body and, in the present study, researchers found higher levels of blood CRP in both patients that were resistant to treatment and medication-free patients compared with patients with depression who were responsive to medication as well as healthy controls. Likewise, researchers reported that the expression of several inflammation-related genes (including IL-1-beta, IL-6, TNF-alpha, and P2RX7) was also increased in both treatment resistant and medication-free patients.

Some of the 16 genes measured in this paper had never before been measured in human blood.

Researchers also examined indicators of stress and found that both the treatment resistant and drug-free patients have reduced numbers of glucocorticoid receptors which are involved in the body’s stress response. With reduced numbers of receptors, the body’s ability to buffer stress through hormones such as cortisol is diminished, which increases the risk of more severe forms of depression.

"Our study has provided important insight into the mechanisms that can explain the link between inflammation and depression which will especially impact the future of personalised psychiatry.

While much of drug-based intervention currently relies on a ‘trial and error’ approach, studies such as this implore investigation into identifying sub-groups of patients with depression – such as treatment resistant patients with inflammation – so that patients may be guided directly to treatment strategies which work best for them."

This work was supported by the Wellcome Trust Strategic Award to the Neuroimmunology of Mood Disorders and Alzheimer’s Disease (NIMA) Consortium (104025); this Consortium  includes funding from Janssen Pharmaceutica, Lundbeck, GSK and Pfizer. Further support to the work was obtained from the National Institute for Health Research (NIHR) Biomedical Research Centre (BRC) at the South London and Maudsley NHS Foundation Trust and King's College London, the NIHR Cambridge BRC (Mental Health) and the Cambridge NIHR BRC Cell Phenotyping Hub. Professor Pariante is a NIHR Senior Investigator.