Mental health stigma greater in London and the south 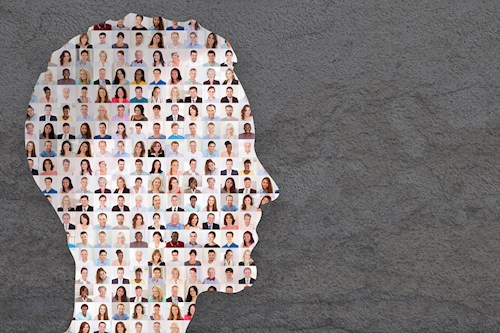 A study undertaken by researchers at the NIHR Maudsley Biomedical Research Centre and King’s College London suggests that people living in London and the south have more negative attitudes towards people with mental health problems than those living in other areas of England. The research was published in PLOS ONE.

The study looked at nationally representative data from the Health Survey for England in 2014, which was published in 20161 and included questions about attitudes towards mental health.

London was found to have the most negative attitudes towards people with mental illness, while the North East consistently displayed the most positive attitudes. This difference remained once differences by region in individual characteristics such as age and socioeconomic status were taken into account.

The results also showed that negative attitudes towards people with mental illness were more common among men, people with fewer educational qualifications, and among the youngest age groups, with older people generally displaying more tolerant attitudes. Attitudes were more positive with increasing income and decreasing neighbourhood deprivation. People living in cities were more likely to have negative attitudes to mental health than those living in rural areas.

Improving attitudes towards mental health among the general public could lead to better outcomes for people experiencing mental illness, but there is evidence that stigmatising attitudes persist. Interestingly, evaluation of England’s Time to Change campaign using a smaller annual survey2 has shown a similar pattern of regional differences. However, while attitudes in London were significantly worse at the start of Time to Change in 2008, this gap has been narrowing over time as attitudes improve.

The findings of this study could be significant for the planning of mental health interventions, and also for targeting and tailoring anti-stigma campaigns.

More work is needed to establish the reasons for the regional differences, with possible factors being media coverage of mental illness, service availability or accessibility of educational opportunities.

Commenting on the research, Dr Claire Henderson, Clinical Senior Lecturer in Psychiatry at King’s College London, said: “Our work provides early evidence that there may be influences causing mental health stigma to be greater in some areas of the country. Because regions are big and variable within themselves, the next steps are to explore whether there are differences among smaller areas, and what the reasons are for these differences. This might identify new ways to tackle stigma.”