Mind the Gap 17-25: A diagnosis doesn’t define you

A film created Tiffany Pitts and Dr Sally Marlow, Research Impact and Engagement Champion at the NIHR Maudsley BRC, gives an insight into the move between adolescent and adult mental health services.

Funding from the NIHR Maudsley BRC has produced an eight-minute edit of ‘Mind the Gap 17 -25’, a film led by Tiffany Pitts, whose experience with the mental services started at the age of 13.

This honest portrayal of life as a service user gives an inside perspective of the difficulties in accessing mental health services for people aged between 17 and 25, and the effects of moving from child to adult services  on service users themselves.

Five days before her 18th birthday Tiffany was transferred from an adolescent inpatient unit to an adult unit, where she struggled to find comfort and a routine. Mind the Gap 17-25, supported by Impact Media, explores this transition between an adolescent and an adult mental health service.

The film shows Tiffany revisiting the Snowsfields Adolescent Unit at the Maudsley Hospital, and recalling her experiences of care there. She describes the shock of being uprooted from the unit and placed in a new environment, which she experienced as uncaring at best and hostile at worst.

I hope more people will be more understanding and aware of the words they use when speaking to others with mental health struggles and learn that it can affect anyone.”

The film also features snippets of interview between Tiffany and Dr Sally Marlow, whose relationship began during the making of a BBC Radio 4 documentary ‘Storm and Stress’. After their meeting Sally was approached by Tiffany with her vision and their collaboration to create  the film began.  The full length film was funded by Maudsley Charity.

“It was a really great project, Tiffany absolutely knew what she wanted to say, and how she wanted to say it.  She steered its direction, and worked with me at all stages from the initial thinking about what should be in the film, through to the filming itself, and the editing afterwards.  Tiffany challenged how I thought about mental illness, and I hope she will do that to those watching this film. ”

The film was directed by David Martin from Impact Media. 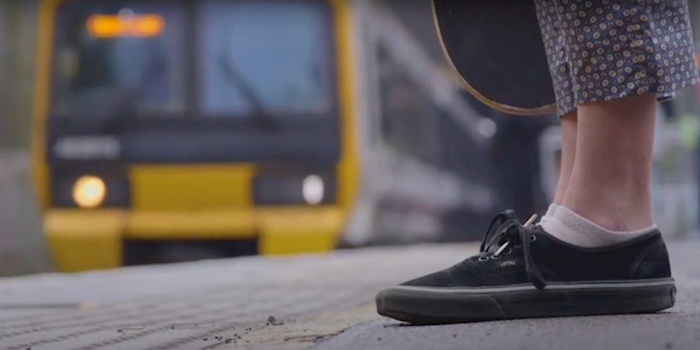