Event: Illusions – A window to your brain

Dr Danai Dima, a Senior Fellow at the NIHR Maudsley Biomedical Research Centre (BRC), and artist Shelley James are presenting at Somerset House a new exhibition on visual illusions and schizophrenia.  The project is part of Paths to Utopia, a collection of new artworks, all of which are hollow maskthe result of collaborations between King’s academics, artists, architects and technologists, and the Utopian lab, a contemporary glimpse of the Health Faculties at King’s College London. 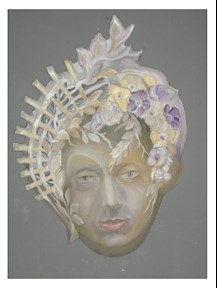 The events are taking place as part of Utopia 2016, celebrating the 500th anniversary of Thomas More’s inspirational text. Throughout the year of artists, designers, provocateurs and thinkers are experimenting with ways we might live, make, work and play, and the Utopian lab explores the crusade to understand, save and compliment the human body and mind is the spirit of Utopia itself, uniting cultures, defining humanity and standing on the shoulders of giants.

Paths to Utopia in conversation will see Neil Denny from Little Atoms talk to Dr Danai Dima, whose work is on display in the Utopian lab on visual illusions and schizophrenia.