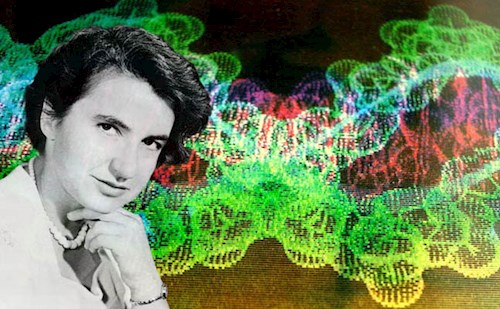 A new high performance computing (HPC) and cloud facility has been unveiled by scientists in London, which will allow the large-scale analysis of research data on an unprecedented scale – from sources as diverse as DNA samples to fitbits and health apps.

The new facility is named after Dr Rosalind Franklin, who did vital work on the structure of DNA at King’s College London in the 1940s and 50s. It will allow researchers to analyse data more quickly, efficiently, and on a larger scale than was previously possible.

The HPC and cloud facility is designed to empower the scientific community by making available to them a modern IT infrastructure that will enable analysis of huge volumes of genetics and other molecular data from human samples. This will help to accelerate translational research while also providing the basis for the implementation of customised medicine programmes for patients (where medical decisions, practices, and/or products are tailored to the individual patient).

Powerful technology and infrastructure is needed to ensure that the vast quantity of data being generated by research projects across the country can be managed effectively and understood. ‘Big data’ projects are now being generated from sources as diverse as clinical records, wearable technology, social networks, and brain imaging studies. The speed, versatility, and increased capacity of Rosalind is set to enhance research in the UK across a wide range of disciplines.

Professor Graham Lord, Director of the BRC at Guy’s and St Thomas’, comments: “Quick and early diagnosis of diseases is an important aim of our research. Rosalind breaks new ground by helping us analyse greater volumes of genomics data than ever before. Over the last five years there have been tremendous improvements in technology which mean we are now able to scale volumes of genomics data being collected. Before Rosalind, if we wanted to analyse the data from 500 DNA samples it would have taken us approximately six months, now with the launch of Rosalind it will take only a week.

“The work undertaken by Rosalind Franklin and Maurice Wilkins at King’s College London and Watson and Crick at Cambridge was fundamental to understanding the structure of DNA. The molecule’s structure was key to appreciating its role encoding the blueprint for life, and it is fitting that this system – which will help researchers to better understand that encoded information – is named after one of the pioneers of the genetic era.”

Michael Luck, Executive Dean of the Faculty of Natural and Mathematical Sciences at King’s College London says: "In addition to research in health, this new facility provides a resource to cover research activity in basic sciences, including the simulation of materials, the computational modelling of biomolecular phenomena, and bioinformatics and big data research more generally. This will be an asset for fundamental data-driven research in physics, chemistry, computer science, engineering and mathematics."

Professor Matthew Hotopf, Director of the South London and Maudsley BRC, adds: “The launch of Rosalind is the result of an extraordinary collaboration between some of London’s leading academic and health organisations. This collaboration will enable us to break new ground in health research – Rosalind gives us the capacity to analyse an unprecedented range and volume of clinical data, from the individual molecules present in a patient’s blood or DNA, to long-term data on their physical and mental health.

“The result is research projects which span the entire journey from basic clinical research to effective treatments for patients – and the unique partnership of organisations involved in this project means that we will be doing so quicker, smarter, and more efficiently than ever before.”